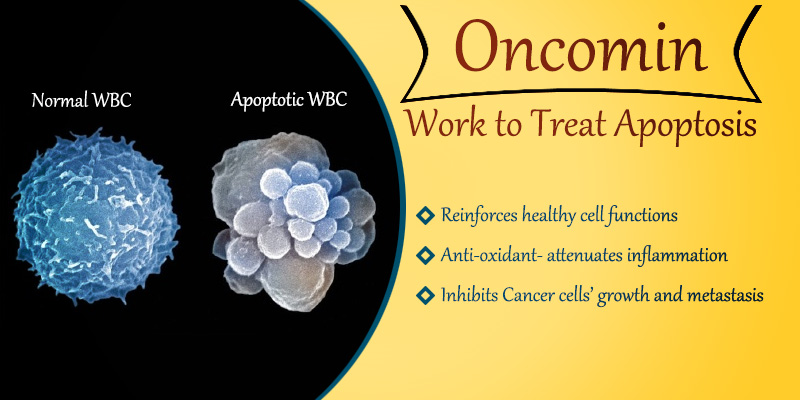 The human bodies possess the capacity to heal itself, in a way it is constantly monitoring and adjusting its own process. Each part of the body has its own way of being alive, intelligent and fundamentally independent. It’s important to note that human body has its own way of renewing itself, discard the old cells and regenerate the new ones. We just have to be a little kind to it, in terms of how we treat it, by following a lifestyle, the body is able to understand and sustain.

Have you heard of Oncomin?

Oncomin is a thoroughly studied and especially crafted product from Bagdara Farms, to reassure you, that Mother Nature never fails you, when it comes to looking after your health. The prodigious and high amount of curcumin present in Oncomin, acts on the immanent apoptotic  pathway and thus does the needful in the most natural way, without causing side effects.

How does Oncomin work to treat apoptosis?

Is there more reasons, a lay man would want to know as to why you should include Oncomin as a part of your integral routine? I guess, the simple facts above are enough to motivate us to make this unembellished chemically, otherwise highly puissant product member of our lives, to ensure good health naturally.