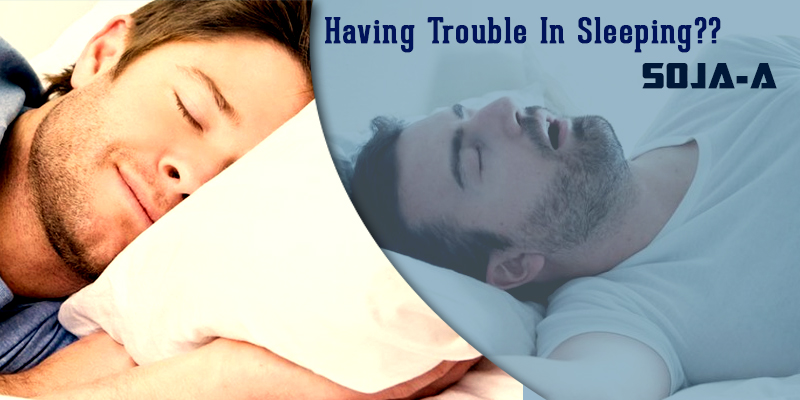 A friend of mine suffered from a terrible sleep disorder known as sleep apnea. Just the description of what her body went through as a result of this condition was eerie and distressing, to say the very least. Those who suffer from sleep apnea know that when they are supposedly sound asleep, their body is going through a series of spasms during which their breathing stops for a bit and then starts again.

1) The Cause of Obstructive sleep apnea is when the throat muscles begin to relax at night causing the airways to narrow down and eventually close up when you breathe in. This leads to a dip in the oxygen content in your blood which triggers temporary loss of consciousness.

2) Central sleep apnea happens as a result of the brain’s inability to send signals to the muscles responsible for maintaining proper breathing.

3) The third kind of sleep apnea is known as complex sleep apnea and is a dangerous medley of the above two forms.

The most common signs of any kind of sleep apnea are:

2) Brief periods of seizing to breathe while asleep

3) Waking up due to difficulty in breathing

5) Experiencing a headache right after waking up in the morning

6) Feeling exhausted even after having slept the whole night

7) Feeling irritable and unable to concentrate

Sleep apnea is a big problem for those who lead hectic lives and need to be at the top of their game throughout the day. As sleep apnea disrupts your quality of sleep by keeping you away from reaching the deep and peaceful sleep phases, it leads to a feeling of extreme exhaustion even though you might have slept through the night. Sleep apnea causes a plethora of health problems.

Some of these are:

1) Sleep apnea causes the oxygen level in the blood to drop over and over again at night. This puts a lot of pressure on the cardiovascular system. This leads to a heightened risk of strikes, heart attacks, abnormal heartbeats and hypertension

2) People who suffer from sleep apnea also run the risk of developing a resistance to insulin faster than others. This causes Type2 diabetes.

3) Sleep apnea promotes liver damage too. Liver cirrhosis is a more significant threat to such people.

How can Curcumin Help You Get Rid of Sleep Apnea?

Curcumin is Nature’s gift to those who have trouble sleeping due to any physical or mental condition. A natural phytochemical found in turmeric, curcumin is one of the most lauded substances when it comes to naturopathy. Some benefits of curcumin for those suffering from sleep apnea are as follows:

Soja-a is a supplement offered by a unique venture that goes by the name of Bagdara Farms. The people at Bagdara have dedicated their lives to the cultivation of curcumin that is so pure that it can be consumed by all kinds of people – the old, the young, the hypersensitive ones, the ones with low immunity, etc. Exclusively using organic techniques of farming helps the farmers here ensure that not an iota of chemical residue gets added to their product. Soja-a is a supplement made using this very curcumin and is specially crafted for those who have troubles sleeping either due to sleep apnea or stress or any other physical or mental conditions. Try Soja-a with a cup of warm milk, a dollop of honey and a dash of black pepper and feel your body relax and slip into dreamland.