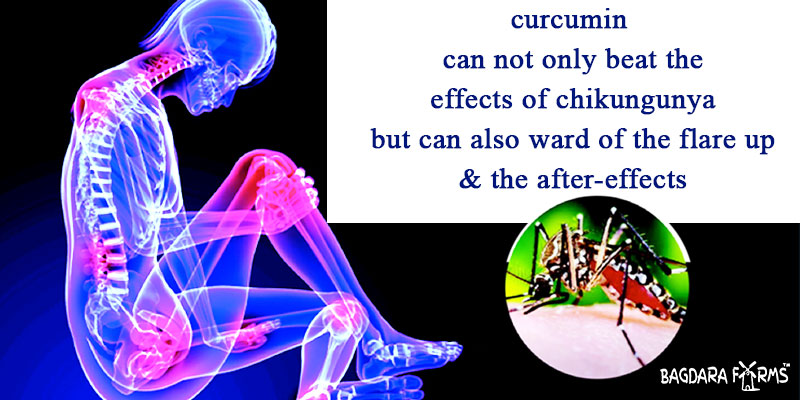 Mosquitoes come in all sizes; these tiny buzzing creatures are the causes of a lot of health issues. One mosquito bite is enough to lay one off for a long time and it takes even longer to recover from the after-effects. If Malaria and dengue weren’t enough Chikungunya has joined ranks to cause us more worries.

Aedes aegypti is the causal culprit, the disease lasts for 5-7 days and what adds to the worry is no known treatment for the same.

If you are afflicted with Chikungunya, These are the Symptoms that Would be Most Prominent:

Typically there might be signs in 3-7 days after being bitten by an infected mosquito, but in some cases the symptoms may not be visible for 12 days or so and once chikungunya sets in one might have around 10 days of living with it and yes a long time with the signs after recovery is a possibility too.

Fever between 102°to 105° which may last from anywhere between 3 to 7 days. The fever can disappear foe a few days and come back again as the low-grade fever. The virus gathers in your bloodstream and spreads to different parts of your body.

Rash- almost 40-50% of patients experience red rashes with bumps. Which usually starts on the upper limbs, then the face and upper torso.

Arthritis Pain- pain the small joints is most noticeable. The joints in hands, wrists, ankles and larger joints, the pain usually spreads from the joint on the mend to cause pain to the next one. The pain is most bothersome in the morning, and one might feel relief after mild exercise. The joints may be swollen and also tender to touch. You may even have inflamed tendons. The pain might lessen in three week’s time, but in some cases, you might have to suffer the pain for almost a year.

One needs to be alert to be able to know the symptoms of the different phases.

Subacute phase: this phase happens anywhere between a month to three months after the harshest phase of the disease.

This is a condition where the flow of blood to the hands and feet decreases especially in response to cold or stress on the body.

Chronic phase: this is after three months of the initial onset of the disease. The joint pain continues, and some patients experience arthralgia for four months, while others might experience it for a period of 3 – 5 years.

A patient might even have relapses of asthenia ( physical weakness and lack of energy to abnormal levels) fever, arthritis in multiple joints and tenosynovitis ( inflamed tendons)

Those who have rheumatoid arthritis are more susceptible to the chronic phase of chikungunya.

Since chikungunya mimics the symptoms of dengue and zika blood tests are mandatory to get the right prognosis.

Treatment of Joint Pain in Chikungunya

The most significant cause of concern is that neither is there a vaccine to keep it at bay nor is there a prescription medicine to cure it, so the best thing to do is, Treat the signs and symptoms

Ensure that the area around you is mosquito free as the virus can be passed from an infected person through a mosquito bite.

Then There is Curcumin

This phytochemical which is present in our wonder spice turmeric has pharmacological properties which can help in fighting the chikungunya virus.

Curcumin also enhances the action of adrenal hormone cortisol( body’s natural anti-inflammatory) which in turn improves circulation and helps flush out toxins from the smaller joints and in turn giving respite from swelling and pain.

We know where curcumin is present in our kitchen cabinet and we know its medicinal properties, and we also know that household turmeric cannot give us the required amount of curcumin to fight viruses and infection. The best thing that we can do or instead should do is to look for curcumin supplements

( believe me, there is no shortage of them online).

How to know the best-this task is simple enough look for one that is 100% natural and organic and also has the supporting ingredients to ensure that your body absorbs curcumin. Once you begin your research, you will find that there is the only one that stands tall and that is the curcumin supplement from Bagdara farms.

Bagdara Farms delivers on its promise of 100% organic Curcumin supplements with rich curcumin content along with viable quantities of black pepper( to ensure that curcumin is absorbed in the body) as well as fats.

With Bagdara Farms’ curcumin supplements you can beat not only the effects of chikungunya but can also ward off the flare-up and the after-effects. Buy Calmya and get rid of joint pain in Chikungunya.