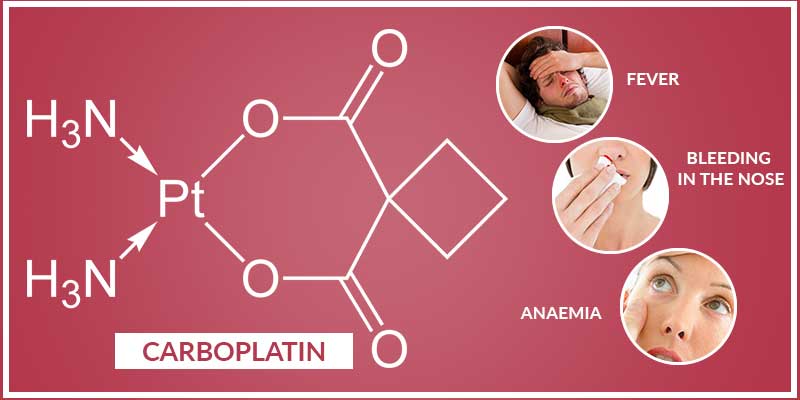 Chemotherapy is one of the most viable agents used for cancer treatment for many years even though it has its share of side effects. The most commonly used chemotherapeutic agent is a platinum-based drug. The first generation platinum agent like cisplatin offers great anticancer properties but its usage is limited due to its very serious side effects like neurotoxicity, nephrotoxicity, and ototoxicity. After rounds of research, a second-generation platinum drug called carboplatin was developed which was seen to have lesser serious side effects except for myelosuppression.

This is a condition in which bone marrow activity decreases resulting in very few red blood cells, white blood cells, and platelets. Some of the common symptoms of myelosuppression are:

All the above symptoms are seen as the process of chemotherapy kills the important cells present in our blood. About 20-40% of patients who have been treated with conventional doses of carboplatin experience this kind of side effects. The main challenge has been to reduce the side effects of carboplatin on the overall health of the patient as it is a good chemotherapeutic agent.

Can Curcumin be of Some Assistance in Curbing the Side Effects of Carboplatin? 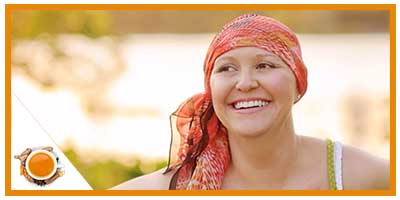 Many studies have shown that curcumin does ac like a great anticancer agent when used in combination with carboplatin. Curcumin is a natural polyphenol that has been used since time immemorial as a great anti-inflammatory agent that prevents the proliferation of tumour cells. Curcumin is known to show significant antiproliferative and apoptotic effects in many tumour cells. Since curcumin is also a good antioxidant agent, it inhibits the formation of reactive oxygen species.

An experiment was carried out when the C57B6 mice were injected with T241 fibrosarcoma cells. The division was done in such a way that four groups of mice were treated with a series of intraperitoneal injections of 20% Tween 80 ( control), only curcumin, only carboplatin, or a combination of curcumin and carboplatin. The results showed that the inhibitory effects on tumour volume seen in the mice treated with combined drugs were stronger than that of the other two groups of control and carboplatin group. This means that curcumin has the ability to attenuate the side effects which are induced by carboplatin to improve the survival of cancer patients.

How does Curcumin help in Reducing the Side Effect of Carboplatin?

It was also seen that treatment with curcumin and carboplatin can significantly help to improve carboplatin-induced bone marrow damage by helping the reappearance of bone trabecular and defibrillation hematopoietic cells. Curcumin also improves DNA damage induced by the use of carboplatin in bone marrow cells. In other words, we can say that it helps in the DNA repair pathway.  Lesions in the DNA caused by the use of platinum drugs were repaired by a combination of homologous recombination and nucleotide excision repair. One of the major side effects of carboplatin treatment is nephrotoxicity wherein the kidney accumulates a very high concentration of cisplatin as compared to any other organ.

To be specific, it affects the terminal part of the proximal tubule and the distal nephron leading to either necrosis or apoptosis. As mentioned above, curcumin prevents the formation of free radicals, thus reducing platinum-based drugs related to the production of ROS. By increasing the tolerance of bone marrow cells to chemotherapy-induced toxicity, curcumin can tackle the side effects of this second generation of the platinum agent. It is also known to reduce the cisplatin-induced clastogenesis by acting as a scavenger of free radicals.