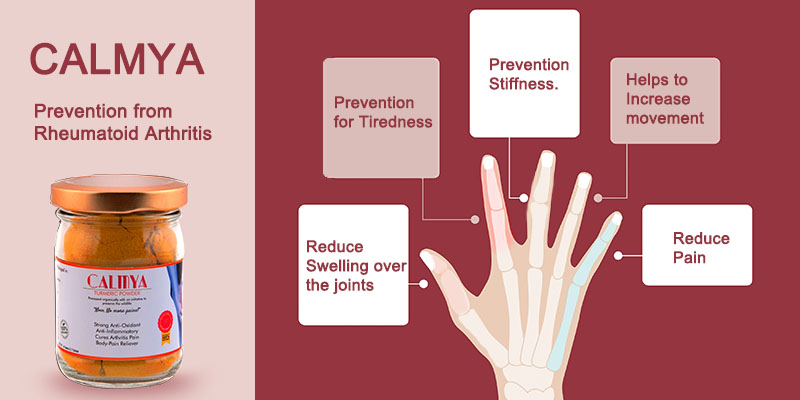 Every day is a fight. Every morning is a battle to get ready for the day. Every afternoon is a fight to stay awake; every night is a fight to find sleep. And between every fight is another one fighting pain, constant pain, all day all night, every single Day.

The word “Artho” means “Joint” and “itis” means “inflammation, so this word itself explains the meaning of this medical ailment. In this condition, a person suffers from rigidity and tenderness as a result of deterioration of the joining surfaces of a joint.

Arthritis is an autoimmune disorder. It makes people immobile.

What is Rheumatoid Arthritis?

What are the symptoms of Rheumatoid Arthritis?

The joints most often affected by RA are in the hands, wrists, feet, ankles, knees, shoulders, and elbows. The disease often causes inflammation in the same areas on both sides of the body. Symptoms may begin suddenly or slowly over time. Each person’s symptoms may vary, and may include:

How does Calmya work for Rheumatoid Arthritis?

Don’t shed tears and cry with pain, get up and fight again with Calmya from Bagdara Farms