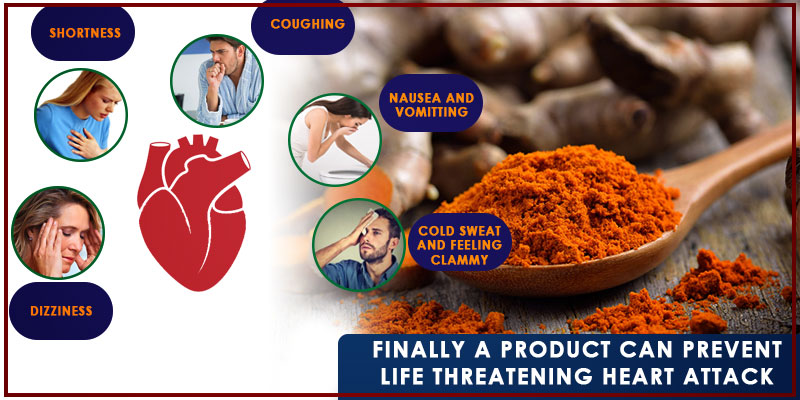 A heart attack is a scary situation for anyone near the person who is having one! We have heard a lot about heart attack but it is always confused with a lot many heart conditions like cardiac arrest. It is also known as an acute coronary syndrome, coronary thrombosis, and myocardial infarction. So what is this heart attack? A heart attack happens when a certain part of the heart muscle experiences a loss of blood flow. The blood supply is generally cut off when an artery (blood vessel carrying blood from the heart to various parts of the body) supplying that heart muscle is blocked by a blood clot. On the other hand, a cardiac arrest is when a person’s heart stops pumping blood and normal breathing also stops. The affected individual is unconscious in such a case and needs immediate CPR.

The symptoms of heart attack are clear and also require immediate medical attention:-

There is a risk of having a cardiac arrest at the time of a heart attack. In such a situation, the heart stops pumping blood and breathing also stops.

The main reason behind the heart attack is when one or more coronary arteries become narrow because of a gradual fatty build-up or cholesterol. At times a piece of this fatty deposit breaks off and forms a blood clot which in turn can block the coronary artery. This blockage causes a shortage of blood and oxygen in the artery. Some of the complications associated with heart attack are hypoxemia, pulmonary edema, deep vein thrombosis, and myocardial rupture.

A patient will require many kinds of treatment and medicines after a heart attack in order to prevent such further attacks. Beta-blockers, aspirin ACE are some of the suggested medicines. Angioplasty and CABG (coronary artery bypass graft) are also the option to prevent heart attacks. One of nature’s answers to heart attacks is the regular use of curcumin.

Curcumin is a polyphenol which is obtained in small amounts from turmeric. As we all know turmeric belongs to the ginger family and has been popularly used as a spice in Asian cooking. The medicinal properties of curcumin are very useful especially in the case of heart attacks. Cardimin from Bagdara Farms is a curcumin-rich product which is very helpful in preventing heart attacks.

Use Cardimin and prevent heart attacks in a natural way!