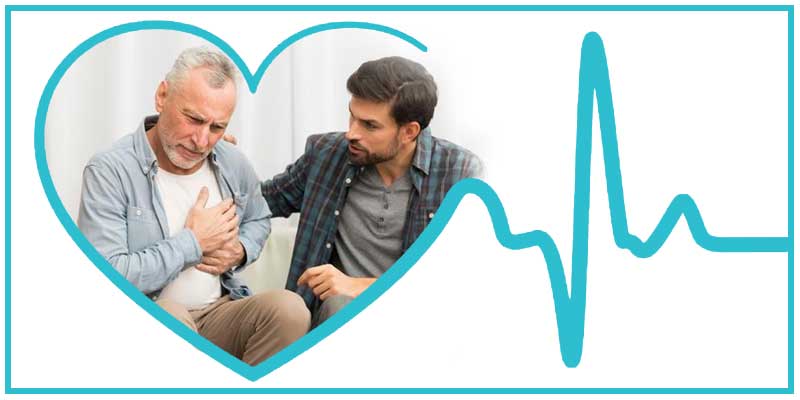 Cardiovascular diseases have become the normal killer of people across the world and the blame should go on our entire lifestyle. From the type of food, we eat and high-stress levels to poor weight management. Only a handful of individuals fall prey to this disorder due to their faulty genes. Before we dwell deeper into the disease, let’s understand what the function of the cardiovascular system is. Also known as the circulatory system, the cardiovascular system does an important job of supplying all the parts of the body with blood. This organ system comprises of the heart, blood vessels (arteries, veins, and capillaries). The major cardiovascular disease related to some of the life-threatening events includes stroke, heart attack, and aneurysm. Some of the common symptoms of the cardiovascular disorder are a pain in the chest (angina), nausea, cold sweat, shortness of breath, nausea, and fatigue.

Many facts prove that turmeric is a great spice to good health including keeping the cardiovascular system healthy.

How does it do that? Turmeric, the golden spice which is very popular in Asian countries has a polyphenolic compound called curcumin in it. All the health benefits of turmeric can be attributed to the presence of curcumin. Curcumin has the ability to lower cholesterol levels and thus help in the prevention of cardiovascular diseases. Dyslipidemia is the term given to an abnormally high level of triglycerides, cholesterol, and fat phospholipids in the blood. This is one of the major risk factors for any cardiovascular disorder. 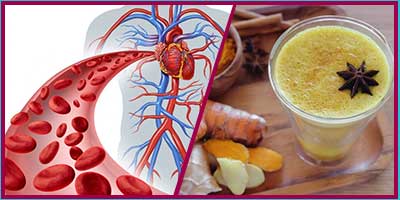 Turmeric and curcumin have the following effects on the overall cardiovascular system:

In a study that was done in recent years in which the data showed that the daily intake of curcumin could reduce the lipid indices (non HDL and Lp (a)) which in turn reduces the risk of cardiovascular diseases. It was also proven that the daily intake of curcumin did not have any side effects as such on the majority of the consumers. This is an excellent breakthrough because Statin, the most commonly prescribed drug for dyslipidemia is associated with many dangerous side effects like damage to the digestive system, mental fuzziness, liver damage, muscle pains, and aches, etc. It is advisable to discuss the use of turmeric with your physician if one is under some kind of medication.