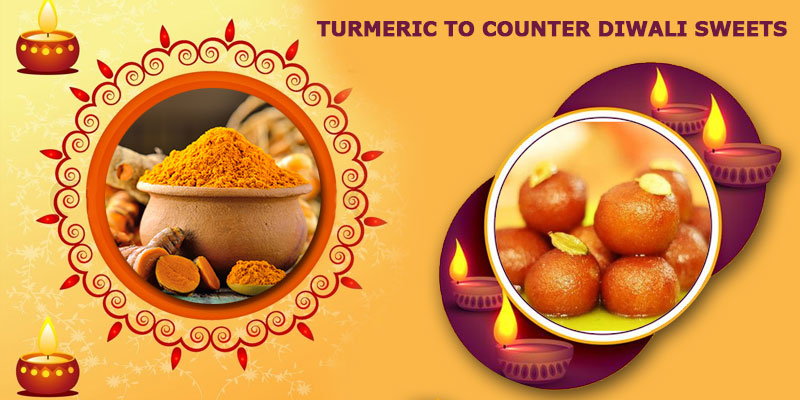 As we spring clean our homes before Diwali, similarly our bodies need to be addressed post-Diwali. It is but normal as well as common to be overcome by a feeling of guilt after having overeaten during the festive season. Then one gets bogged down and feels bloated thereafter. It is thus essential to cleanse our bodies by indulging in a detox diet. This shall help the body to recover, in due course of time, from all the poor dietary choices and lack of optimal physical exercise during the festivities.

Many Indian spices like turmeric, ginger, and black pepper are known for their antioxidant and immunity building properties. One of these spices, which merits attention is turmeric. Apart from enhancing the flavour of food in a healthy way, turmeric can work wonders in a multifaceted manner. Its effects can be seen and felt right from the digestive tract to the liver. The undermentioned recipes can be resorted to.

Apart from using turmeric regularly in cooking, it can be brewed to make a cup of turmeric tea as a ritual in the mornings immediately after leaving bed. After boiling water, put a teaspoon of turmeric powder along with some grated ginger and let simmer for a few minutes. Lemon could be added to taste, and the drink could be then savoured.

Take about three-fourths of a glass of milk and put to boil. Add two teaspoons of turmeric powder, some grated ginger, a teaspoon of raw honey, and a clove along with one-fourth teaspoon of cinnamon. Let the milk boil and make sure that it is strained before drinking. Have it every night and the liver shall benefit immensely.

To address the issue of inflammation, make a drink by adding the juice of two lemons, five stalks of celery, an apple, four small carrots, a teaspoon of turmeric powders, and a small piece of ginger. This is a perfect drink to wake up to or to keep sipping during having dinner.

To shed that extra weight gained during the festive season, turmeric can be potent. Add a teaspoon of turmeric powder and ginger juice each in a cup of water and boil. In it. Make sure you have it on an empty stomach every morning.

Few more tips for self-detox after the festive season –

1 thought on “Eat Sweets Guilt-Free During Diwali, as Later Detox with Curcumin”