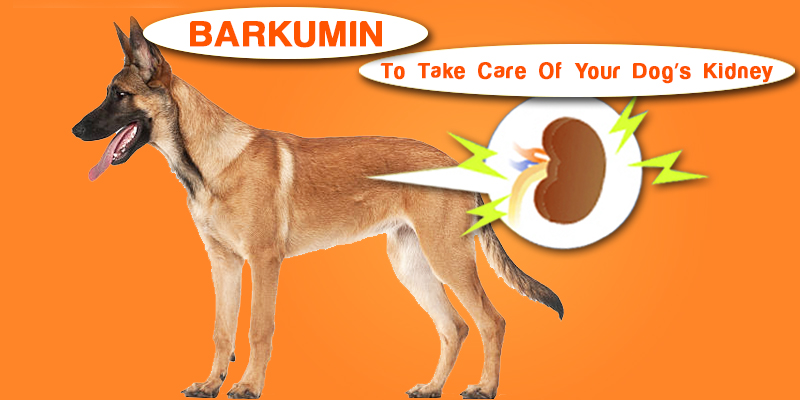 Similar to the kidney in human beings, kidney in dogs is also a very vital organ with same functions. There are two kidneys, are made up of small structural and functional units called nephrons. Millions of nephrons filters act as a filtration system that secretes waste products and reabsorb essential substances back into the blood.

Kidneys also regulate blood pressure, blood volume, blood sugar, water composition and pH levels. In general terms, kidney disease includes many diseases and metabolic problems that can disrupt the normal functioning of the dog’s kidneys. Senior dogs over the age of 10 years are more prone to kidney diseases. The disease develops gradually, and dogs eventually lose the total functioning of their kidneys.

Acute kidney disease or kidney failure can cause an abrupt stoppage of kidney functions over a period of days. It can occur due to ingestion of toxins like certain foods, medications etc. Chronic kidney disease takes place slowly over a period caused by underlying illness, congenital and hereditary conditions. As per specific studies, one of the leading causes of chronic kidney failure is dental diseases. Bacteria enter the bloodstream and attack the principal organs like heart, liver, and kidneys causing irreversible damage.

There are four stages of kidney diseases in dogs which can be determined by blood tests:

Unfortunately, Most of the cases of kidney failure cannot be detected until it reaches stage 3 or 4.

Dogs with kidney diseases show a few of these symptoms:

There can be many causes of kidney diseases in dogs, and some of the common ones are given below:

Treating any of the above kidney conditions is essential and begins the earliest treatment. Depending on the stage and state of kidney disease, doctors may choose to go for fluid therapy, drugs that increase urine production, management of blood electrolyte abnormalities and high blood pressure. If left untreated, kidney failure may occur which may prove to be fatal.

Yes, it does hurt to see your fur babies suffer so much. Bagdara Farms has the ideal product called Barkumin to take care of the dog’s kidneys. It has the perfect blend of curcumin and turmerone which has potent therapeutic properties.

Barkumin can be given to the dogs in various ways. One of the simplest and fuss-free ways would be to make a paste of this product by mixing ½ cup Barkumin, 70 ml olive or coconut oil, one tsp ginger powder, one tsp cinnamon powder, one tsp pepper and 1 cup of water. Boil all these ingredients and give it to the dogs as per the dosages stated below:

For a small dog: ½ tsp Barkumin

For a medium-sized dog: ½ tsp Barkumin

For a large dog: ¾ tsp Barkumin

For a giant dog: 1 tsp Barkumin

Start with small quantities and gradually increase the dosage over a period.