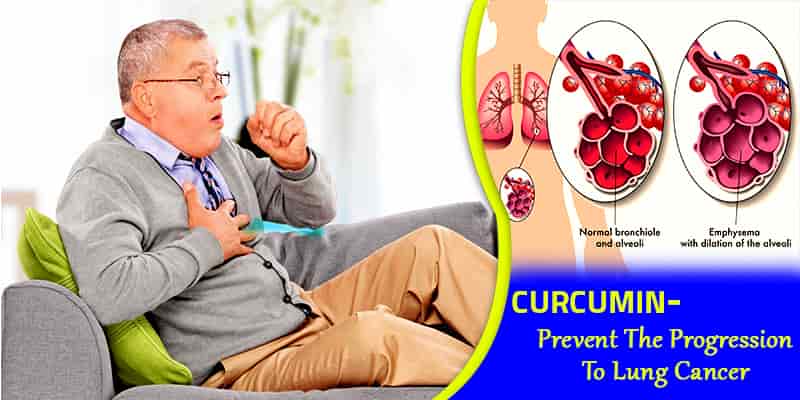 The human respiratory system is like a machine that works in a complex manner to keep us breathing. The air sacs are delicate, and the site of gaseous exchange, i.e., exchange of deoxygenated blood with oxygenated blood takes place here. Emphysema is a chronic lung condition in which the alveoli/ air sacs are damaged, collapsed, narrowed, stretched or overinflated. It is a part of a group of lung diseases called COPD or Chronic obstructive pulmonary disorder. Over a period, the inner walls of the air sacs weaken and rupture leading to the formation of large air spaces. This results in the reduced surface area of lungs. The stale air becomes trapped when one exhales leaving no space for fresh air to enter. As a result, irreversible damage is done to the air sacs. Only the patients suffering from this condition will be able to know the amount of discomfort that they go through!

Let’s Have A Look At Some Of The Common Symptoms Experienced By Patients Of Emphysema:

Complications are always a downside to any health condition. Likewise, there can be a few complications of emphysema too. Pneumothorax or collapsed lung is a condition which can be seriously life-threatening in people with emphysema. Emphysema puts an added pressure on the arteries that connect the heart and lungs. This can give rise to a condition called cor pulmonale which weakens a section of the heart.  Due to emphysema, the lungs develop empty spaces called bullae. They reduce the space available for the lungs to expand as single bullae can be as large as half the lung.

There can be many causes of emphysema-like tobacco and marijuana smoke, air pollution and chemical fumes and dust.  The rising levels of air pollution in major cities of the world are also increasing the incidents of emphysema. In some of the cases, it can also be caused by the inherited deficiency of a protein called alpha-1-antitrypsin which protects the elastic structure of lungs.

Some Of The Risk Factors Highlighted In Many Studies Are Stated Below:

It is extremely important to diagnose emphysema on time, and it can be done by some tests along with medical history/ physical exam. Some of the common tests are as follows:

Since there is no way to repair or grow the damaged tissue, the primary goal of emphysema treatment is to prevent the symptoms and control the symptoms so that the disease does not get worse.

Well, on the flip side there is a ray of hope for the patients with emphysema. Mother Nature does provide a solution for all the problems. Never be disheartened! You will be amazed to see the multi-benefits of curcumin that can produce promising results while treating emphysema.

Buy Fukamin-A and give your Lungs fresh air to breathe!