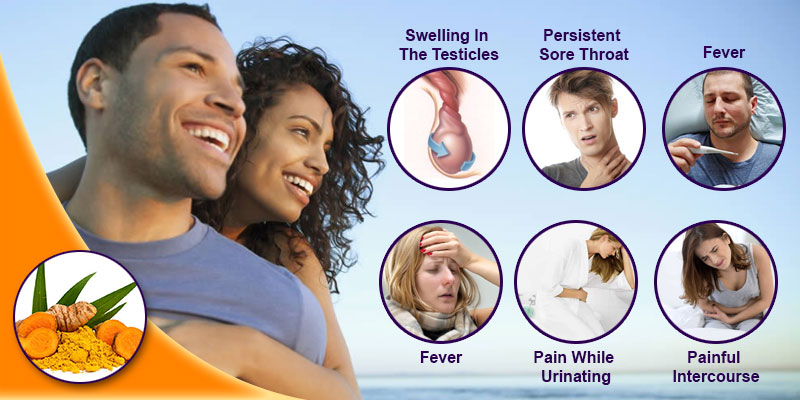 The diseases can be quite harrowing once contracted. If left untreated, some can cause severe damage to the reproductive system, and some like HIV/AIDS can be life-threatening too. Gonorrhoea is one such STD ( sexually transmitted disease) caused by the bacteria, Neisseria gonorrhoeae and can infect both males and females. The most common parts of the body that are affected by this disease are the rectum, throat, urethra, and cervix in females.

Many times, gonorrhoea comes without any symptoms.  Once the symptoms start appearing, the infection would have spread to many parts of the body, but most of the time it restricts itself to the genital region. Symptoms occur within 2 to 14 days after the initial exposure. A person with no symptoms of gonorrhoea is likely to spread the infection to other people is called a non-symptomatic carrier.

Common Symptoms of Gonorrhoea in Men are:

Common Symptoms of Gonorrhoea in Women are:

The difficult part is that infection continues to stay in the body even after treatment and causes damage to the body, especially to the testicles and urethra. Unprotected sex ( vaginal intercourse and oral ) is one of the most common modes of transmission of gonorrhoea. Having multiple partners can also be one of the reasons. Babies can also get affected during childbirth if the mothers are infected.

Like many diseases, gonorrhoea can also lead to many complications if left untreated:

Curcumin being a great antimicrobial agent, it can help to ward off the infections. The anti-inflammatory property of curcumin also helps to control inflammation in the case of gonorrhea.