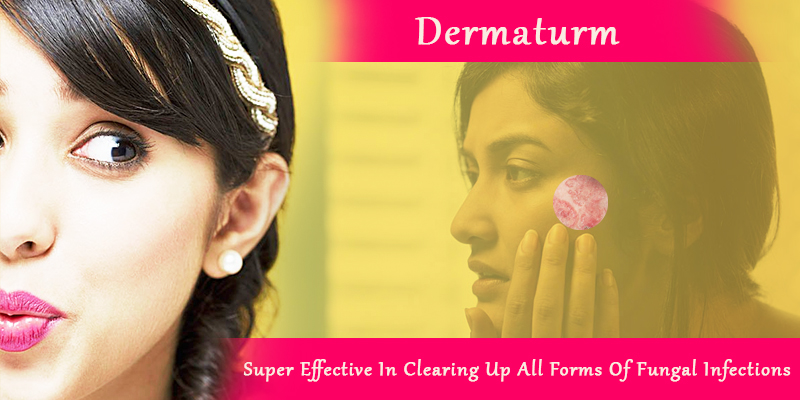 Fungal infections, typically known as mycosis that make their unwelcome presence felt on your skin usually crop up unexpectedly. Not only do these conditions make for an unpleasant visual, but they can also be quite agitating since they come along with symptoms like inflammation and itching. Mycosis can lead to many forms of fungal growth and are classified as follows:

Unfortunately, the standard anti-fungal medications usually prescribed by doctors are known to perpetrate side effects like rashes, pain in the stomach, diarrhea, and itching. It is, therefore, all the more important to find natural alternatives that can help in clearing up fungal growth inside or outside the body. One such compound which is found in golden turmeric, a staple in most Indian kitchens, is curcumin. Being endowed with a rich cache of medicinal properties, curcumin has always been super popular amongst those who believe in natural healing. Mycosis too can be treated effectively with the help of curcumin. As a topical ointment and as an oral supplement, curcumin can be used to manage any form of mycosis.

It is a proven fact that curcumin is effective against 23 strains of fungi including the Candida species. There are several ways in which curcumin can be used to beat fungal infections. Here are some of them:

Even though there are several advantages of curcumin in the treatment of fungal infections, not many curcumin supplements are effective. The reason behind this is the heinous act of adulteration. Most supplements available in the market are made using adulterated curcumin. Chemicals like yellow dye are added to the curcumin to make it look more appealing. When you consume or apply such supplements, they bring about minimal, if at all any, improvement in your condition.

Dermaturm, a curcumin-based supplement created by Bagdara Farms, on the other hand, is made from organic curcumin that is grown locally at Bagdara. It has no chemical residues and can be used without worrying about side effects. Dermaturm is super useful in clearing up all forms of fungal infections and can be mixed with other natural ingredients to form potent ointments and concoctions that can help you beat the fungi that have made you miserable. Try Dermaturm once, and you will never have to turn around and look back again!