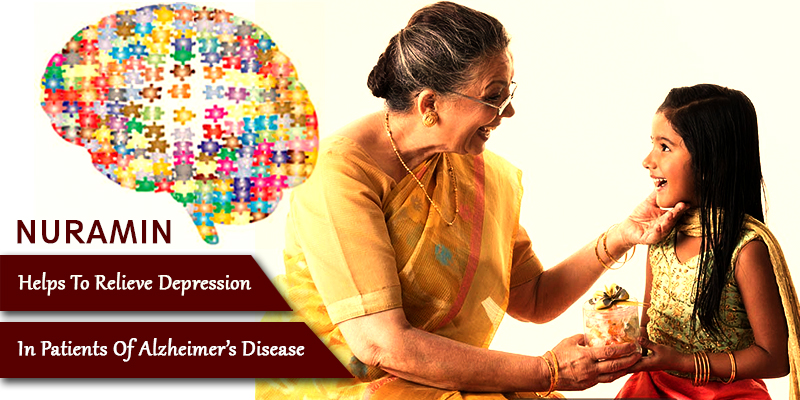 Suhana’s grandmother was slowly forgetting the names of her grandchildren and recent happenings. At first, everyone thought that it is an age-related problem. But, when the test results showed Alzheimer’s disease, it left everyone in a state of shock. Yes, we all have heard about the diseases or incidents but we somehow feel that it cannot happen to us. Alzheimer’s disease is one such disease which we keep reading about a lot these days.

What is an Alzheimer’s Disease?

Alzheimer’s disease is a progressive neurological disorder that destroys the memory and other vital mental functions. This loss is caused primarily due to the death of brain cells and is the most common form of dementia (a group of brain disorders that results in the loss of intellectual and social skills).

Various medical studies have shown that the cause of Alzheimer’s disease could be a combination of environmental factors, genetic and lifestyle on the brain over a period of time. This disease slowly kills the neurons or brain cells and also decreases which leads to brain shrinkage.

The two main types of abnormalities seen when an Alzheimer’s brain tissue is examined under a microscope are:

Some of the risk factors involved in Alzheimer’s disease are:

Let’s have a look at the symptoms of Alzheimer’s now. The initial symptoms include forgetfulness and mild confusion.  Over a period of time, the person’s memory starts to fade off especially the recent ones. The ability to function at work and home starts declining. It may also cause the problem in thinking, reasoning, making judgments, decisions, planning and performing tasks. Some of the changes in the personality/ behavior are depression, wandering, changes in sleep pattern, mood swings, distrust, delusions, social withdrawal, and irritability.

As they say’ Prevention is better than cure’, taking care of one’s health can help prevent the risk of Alzheimer’s disease later on in life. Bagdara Farms has come up with a product called Nuramin which is loaded with the strong, yet organic curcumin and turmerone which have great therapeutic properties.

It is generally advised to start the dosages in small quantities and gradually increasing it over a period of time. Buy a Bottle of Nuramin, to see its magical advantages.